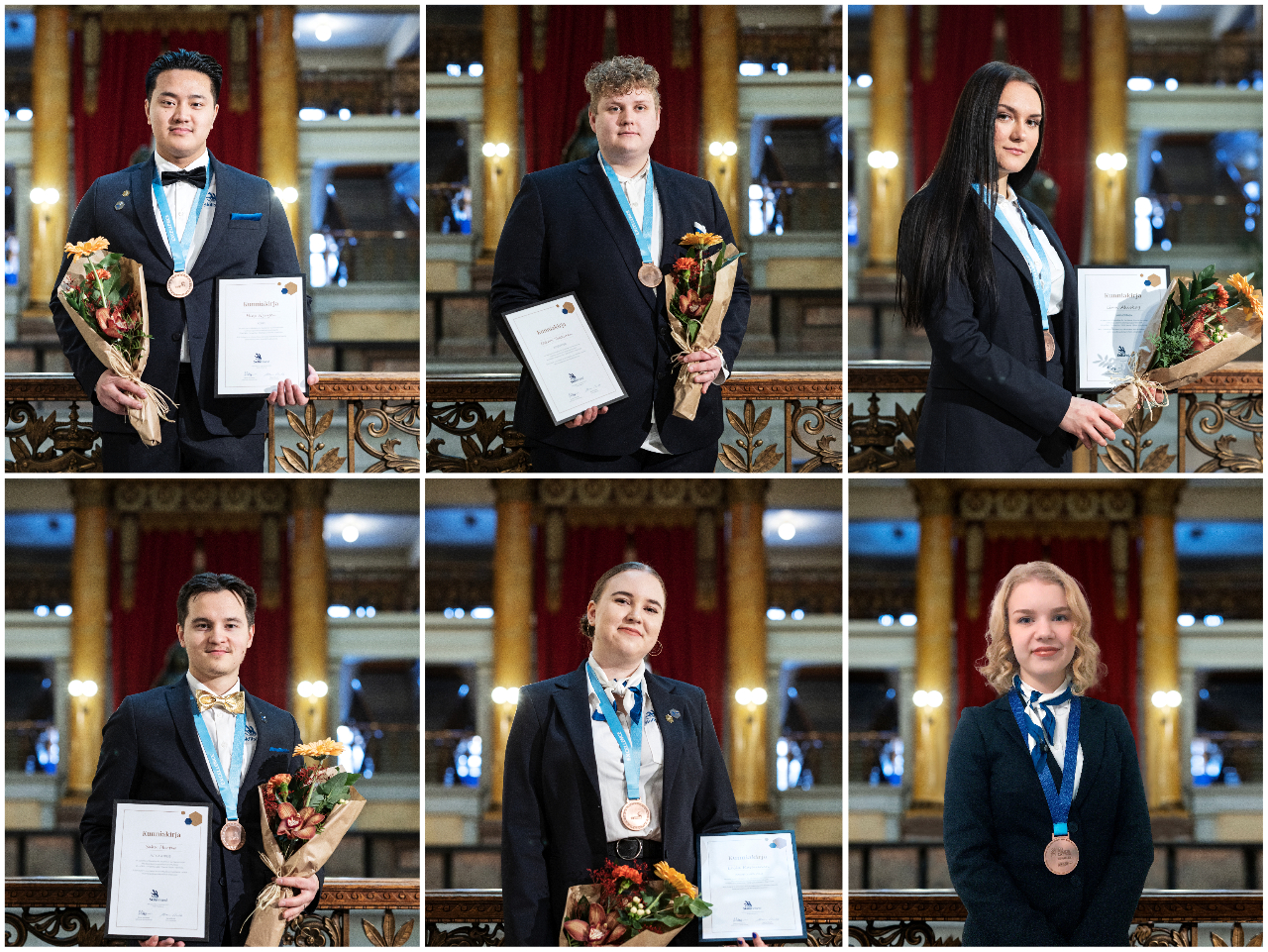 The long series of competitions is now over for Finland's national skills team. The 28-members of the team competed in their own special fields, which were now exceptionally held in different countries.

Team Finland won a total of six Medallion for Excellences for results that were above the average for each skill. The Best of Nation award was given to Leila Karhunen from Restaurant Service. She won the highest number of points for the Finnish team.

Medallion for Excellences go to:

“WorldSkills was the 10th competition in which I participated and now I can say that I learned to enjoy every moment. The competition was great, but occasionally also challenging. I really learned a lot from the other competitors professionally, as there were participants from all over the world”, Leila says, looking back at her trip to the competition.

Competitor Hiep Nguyen from Cooking commented: “The experience was unique, giving me many new skills and new friends. I am pleased with the level that I reached, and I am happy that I was finally able to compete. I will take part in the EuroSkills competition next year with high expectations. Now I know what it takes to win a medal and what I especially need to focus on.”

Next year Team Finland will compete in the International Abilympics competition to be held in France in March, and in the EuroSkills competition in Poland in September. Separate national teams have been formed for each competition.