Organised in Graz, Austria at the end of September, the original plans for the EuroSkills Competition have been changed. The Finnish team will not participate in the competition. 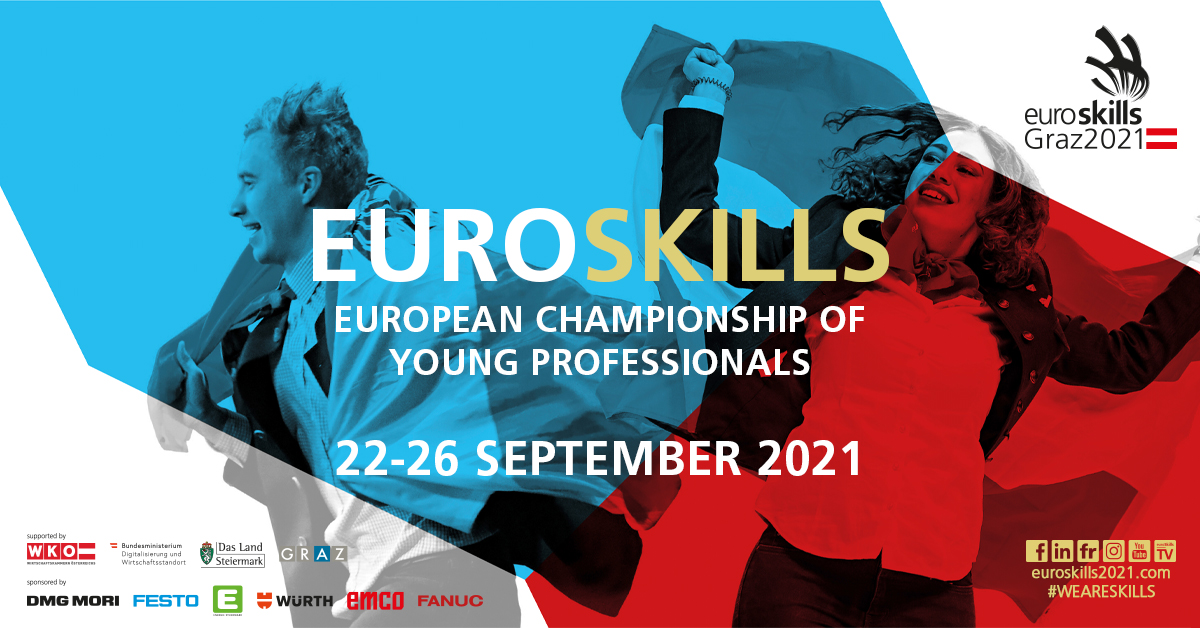 EuroSkills Graz 2021 Competition will take place in Austria from 22 to 26 September 2021. Originally scheduled to take place in September 2020, the dates of the competition have been changed twice; it was first moved to January and then to September 2021. Altogether 310 competitors from 19 member countries of WorldSkills Europe will take part in the competition. Austria will make every effort to organise the event as safely as possible, taking into account the authorities’ health safety guidelines. Visitors are also required to pre-register, and only a certain number of people is allowed to attend at a time.

However, some Finns will participate in the Graz event, even if the national team will not travel. In other words, the persons in question will not represent the national team or Skills Finland, but have been sent by their background organisation.

You can follow the competition online at euroskills2021.com and in social media under #euroskills2021 #weareskills.